Parsonsburg Fire & EMS units were dispatched to the area of 32495 Old Ocean City for a Head-On collision involving a car and a mail truck. Shortly after the initial dispatch, Central also added Rescue 16 the upgrade to Rescue and possible trauma arrest. Upon arrival, personnel found a utility pole and downed wires on top of both vehicles. The occupant of the car was instructed to stay in the vehicle. Personnel were able to make voice contact with the occupant of the mail vehicle as well. Crews stood by until the arrival of Delmarva Power. Upon confirmation that all wires were not "live" the car occupant self extricated while Rescue and EMS personnel had to use tools to open the mail truck and access the victim. A quick assessment was done and the patient was removed and packaged for transport. These we the only 2 victims so there was NO trauma arrest as reported. Crews remained on scene for fluid clean-up and the Fire Police Assisted with road closure until the arrival of SHA. Units On Scene: Rescue Engine 604, PMB6, A6, Traffic Control 6, Command 6, Traffic Control 7, Assistant Chief 2, MSP. Rescue 16 was cancelled prior to arrival. 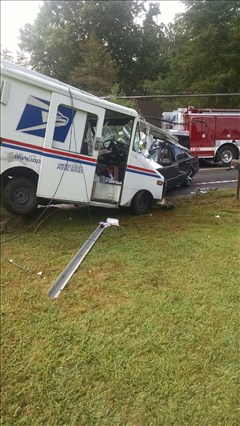 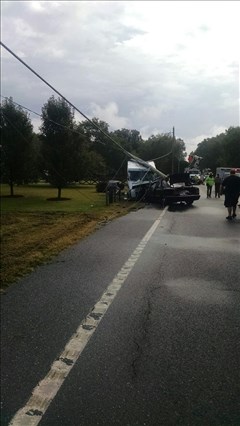 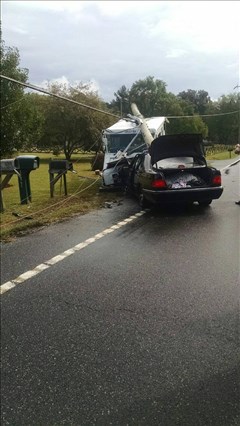 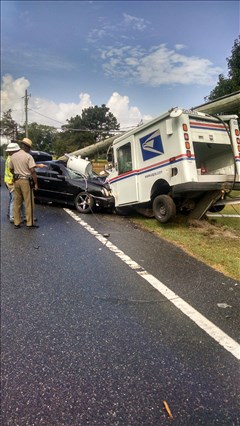 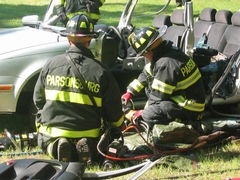 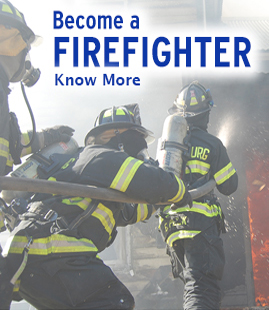 Help us to continue making a difference in our community.
Please makea donation to the Parsonsburg Fire Company today.